For many years, we have been car racing fans. For me, it started when my Dad would take us to Princeton Speedway (Princeton, Minnesota) on Friday nights. I was in junior high at the time. My husband, during his teen years, was in the pit crew for The Deuce (#2) - a stock car that raced at Cannon Falls Speedway (Cannon Falls, Minnesota) and Hiawatha Speedway (Red Wing, Minnesota).

We met Barry at Princeton Speedway. He was racing against another driver we were sponsoring - Joe Salner, who drove the #13 modified. Barry was also driving a modified at that time. About 1970, Joe moved to the late model class and we decided to sponsor Barry Kettering’s red and white #57. During his racing career, Barry moved from modifieds, to supers, and then to full-blown sprint cars.

This is a sketch of a sprint car … 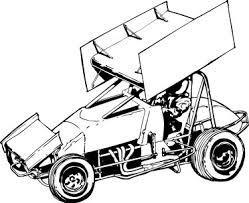 A bit about Barry Kettering: Barry was from Fort William, Ontario, Canada. He started racing when he was 17. Barry and his brother Glen were partners in a local service station. Together they built a 1934 Ford Coupe that brought Barry the track title in 1958, again in 1959, and in 1960 with a cut-down version of the same car. In 1961, he sold his share in the gas station and moved to Rice Lake, Wisconsin, so he could race more often. Later he moved to Minneapolis for more racing opportunities (and a very successful business career). He won 7 championships at Princeton Speedway and 3 championships at North Star Speedway (New Brighton, Minnesota). He was a co-founder of the Minnesota Sprint Associaton (MSA) and served as it’s president and ambassador. 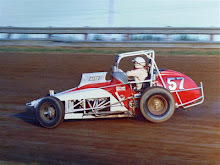 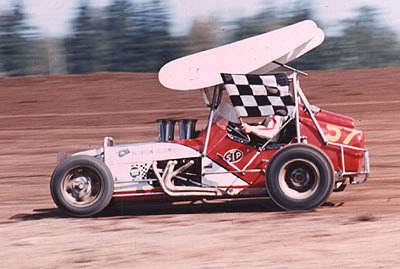 Barry was not known nationally; he was, however, well-known in the upper Midwest, both for his racing ability and his clean-cut appearance and professional demeanor. Barry was a fan favorite, always letting young fans sit in his car and signing autographs. Often he would refuse “tow money,” preferring that the money be used for the payout to the drivers. He constantly worked to promote the sport - always with a smile on his face. 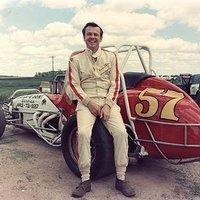 Barry Kettering was on his way to the 1976 MSA championship, when, on Friday, June 11th, while racing at Fairmont Speedway (Fairmont, Minnesota) he touched wheels with another sprint car and went airborne. What looked like a gentle accident was not - the seatbelt bracket broke and Barry was thrown from his car. It was his last race.

Later that year, our youngest son was born. We named him after our dear friend, Barry. Renee Kettering, Barry’s wife, became our Barry’s godmother.

Recently, as we continue our re-organizing, we came across a box containing our pit crew shirts and a jacket from the time when we sponsored Barry. We also found a trophy that he gave us. Rather than have these items sit in a box, we decided to pass them on to our son Barry, who has continued the interest in racing - albeit in a different way. Barry (Braun) owns and operates X.CELERATED, a cinematic video production with a focus on motorsports, powersports, action sports and music. His services include video production, social media content, consultation, and speaking services.

We decided to create a memorial that our Barry could put up in his new office – the XR hub. This is what we created: 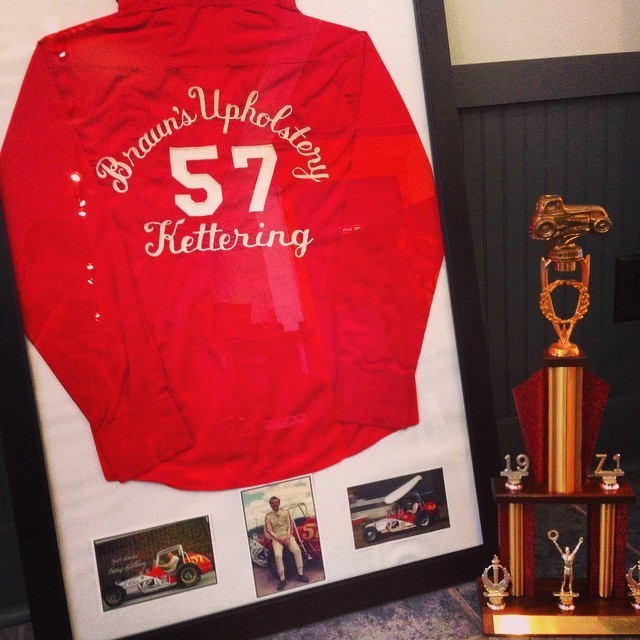 And so Barry Kettering lives on … 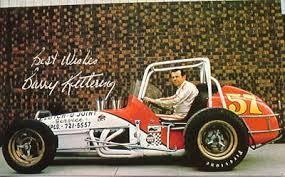 We couldn’t leave Texas without some good Texas BBQ so our last stop was Billy’s Oak Acres BBQ, located off of Highway 820 on North Las Vegas Trail in Fort Worth. We certainly found good BBQ … along with a lot of Texas character! As soon... Continue →